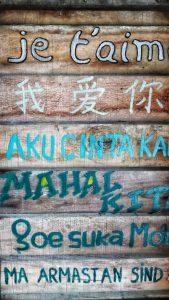 Tips for Travelling without Knowing the Language

Travelling around the world is an experience of a lifetime. When we travel we may not be aware of local cultures or traditions and all of us run into language barriers along the way. You may not have the time to learn the language of all the countries you travel to but there are many ways in which you can make sure you’re understanding. In this article, we’ve come up with tips for travelling without knowing the language making your overseas experience more enjoyable.

One of the first tips for travelling without knowing the language is body language. Body language can be very important when you’re trying to communicate with someone who doesn’t speak the same language as you. If you’re in a restaurant and struggling to read a menu lookout for pictures which you can point to when ordering. You may also fancy the same as the person on the table next to you in which you can order the same. Last year when travelling on a cruise my mum like the look of a milkshake on the table next to us. We asked the ladies politely what it was called and managed to order the same. This can even work when you speak the same language.

Using basic photos on your phone can also be helpful or if you’re not travelling with your phone you can take a few basic symbols with you. Showing someone a picture of a toilet and pointing to it can help them direct you to the nearest bathroom as they are more likely to point in the right direction.

Using Gestures in Different Parts of the World

When travelling abroad you need to be aware that many gestures we may use can have a different meaning in other parts of the world. The thumbs-up sign that in many countries signifies acceptance is known to be an offence in countries such as  Latin America, West Africa, Iraq, Iran, and Afghanistan according to the Huffington Post.

Physical touch can have different meanings depending on the country your visiting. In some countries such as Japan and Scandinavian countries, a gesture as simple as a handshake can be ‘taboo’. These cultures prefer to be greeted with a bow rather than a handshake. On the other hand in Latin America or Arabic countries, physical contact is a large part of communication.

Even something as simple as eye contact can mean a whole different thing when aborad. In counties such as America and the United kingdom eye contact is a sign of acknowledgement and respect. In other countries such as China, this same level of eye contact would be seen as aggressive and challenging behaviour. 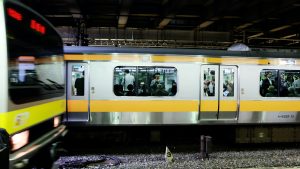 There are many unwritten rules in many different countries as to how far away you should stand when talking to another person or when standing on public transport.

For example, in Japan, the trains are always crowded and it’s normal to stand close together on a train. However, talking to someone from the save distance would be viewed as aggressive.

Before you travel to counties you don’t know the language, try and learn some ways you can communicate without using the language. Learn how far to stand and how to use hand gestures as all of these can have a great impact on how you are observed.

Travelling to Japan read our post on 10 tips on how to avoid looking like a tourist in Japan.

Learning basic phrases such as ‘ hello’, ‘good morning’  and ‘goodbye’ will demonstrate your willingness to try and understand the local language. You will also find the time you take to learn these phrases will pay off in the long run with the amount of cooperation you receive from locals.

Furthermore, to reduce the risk of being misunderstood or unintentionally offence it’s best to keep it simples. try not to learn complicated phrases or words as this can make id difficult to communicate.

When communicating with locals be sure to talk slowly it may be difficult for them to understand you if you’re talking fast and with your accent.

We’ve come up with a list of Basic phrases in a number of languages to get you started below. Remember you don’t need to fluent but it’s great to know a few.

Many travellers do have accidents and end up with injuries during their holidays. It’s important you seek medical assistance before any injuries get worse and what better way to do this than in the native language.

“Where is the bathroom?”

The worst thing is needing the bathroom but to knowing where to go.

“Do you speak English?”

The person your asking might not be able to speak English but asking them in their native language will make it a lot easier to find someone that does.

It’s always great to say sorry no matter where you. Whether it’s for saying the wrong thing or bumping into someone nothing says it better than in the native language. 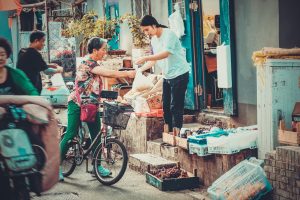 When your new to a language or culture there are many ways you can get by. Observing locals and their behaviours can help when you’re unsure about how to behave in certain areas or situations. There many times you may make a mistake no matter how prepared you are. When you offend someone unintentionally most people will understand if you apologise and explain that your new to the country and culture according to The Abroad Guide.

Airports can be quite confusing especially when you’re in a different country and don’t speak the language. As many major airports provide access around the globe they tent to make announcements in multiple languages. The make announcements in the native langue, as well as English and normally, have signposts in many language options too.

You may find yourself needing further assistance, not to worry there are many different options available to you read below:

All airports are designed with information desks to help provide assistance to the passengers. All information desk staff are almost always fluent in English and available to help.

Use a Translation App

Airports are almost always clear with their signage. This is a great way to use a translation app to take photos of the signs to be translated a great one is Google Translate.

For further app options to help you with your travel read our app The best travel apps for 2020.

Listen for Your Name

When passengers are late for their flights their names are normally called by assistants mainly in English. In some airports even if your name is not called in English you can make out it’s yourself by the surname. If you hear your name you’ll know you need to hurry!