Want to be at the edge of the hot travel destinations? Travel Stuck have gathered the stats from the UN World Tourism Organisation to create the 10 most trending destinations that have seen a huge jump in visitors and bookings over the last year. Furthermore, we have a mixture of attractions to trails gaining you a variety of destinations to lay your eyes on. 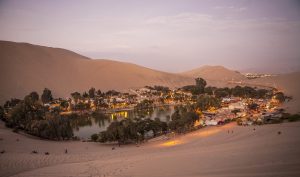 This year Peru has shown remarkable growth, with increase arrival from its neighbours and from Asia according to the UN World Tourism Statistics. However there are much more remote areas of Peru just waiting to be discovered, however, Machu Picchu still remains the most popular. I believe its definitely one of the top 10 trending Destinations.

If you plan to travel to Peru: Take the Two-day hike to Choquequirao, a lost Inca city. For instance, if you would like to travel even further off the path, check out the Cordillera Huayhuash Circuit.

Where to stay: At the entrance of the Sanctuary of Machu Picchu you’ll come across Casa del Sol Machupicchu.  stay here to experience stunning natural views.

This popular city has recently been added to my list of top 10 trending destinations. Germany has transformed into a vibrant party mode in 2019. In 2019 Germany will be celebrating 30years since the fall of the Berlin Wall. The city will be hosting a number of Exhibits, Events and performances. In 2019 it will be the 100th anniversary of Bauhaus modern design movement, to mark these events in September 2019 the Futorium museum and idea lab in Berlin will be opened.

Hamburg hosts a new opera house and Frankfurt has recently rebuilt its Old Town, which is both gatherings a lot of international attention.

If you plan to travel to Germany: Take a tour of Check Point Charlie and even the Berlin War Memorial.

Where to stay: Located next to the cities top tourist attractions is the Hotel Adlon Kempinski.

Preparing for its new Grand Egyptian Museum, a 117 Museum built-in view of the ancient pyramids of Giza, and due to open in 2020 Eygpt is definitely an up and coming destination. The museum will host more than 43,000 artefacts such as chariots, mummies, masks and sandals. A large portion of the museum will be coming from King Tut’s tomb.

Tourism has seen a 110 per cent increase in bookings last year according to the UN World Tourism Statistics. The Country revenue from tourism jumped by 155 per cent in the first 9 months of the financial year.

If you plan to travel to Egypt: Tour the Giza Pyramids, the valley of the King’s tombs and the new Grand Egyptian Museum. You Must also book a trip in the traditional wooden boat on the Nile River.

Where to stay: For Jaw-dropping views of the pyramids stay at the  Marriott Mena House Hotel. 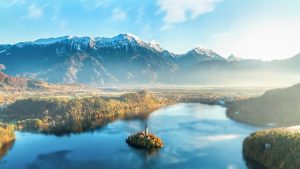 Looking for a less crowded European city? Slovenia is the hottest trending destination. Last year, tourist arrivals raised to 23.5 per cent according to the UN World Tourism Statistics. The country is a hidden pearl and popular amongst hikers.

If you plan to travel to Slovenia: Try to sample the regional culinary specialities such as jota, the dry-cured Vipava Valley Prosciutto stuffed with fruits.

Where to stay: Stay in Slovenia’s Vipava Valley wine region, a two-hour train ride from Venice at the beautiful Farm Guesthouse Majerija.

This year Isreal celebrates its 70th birthday and with the U.S Embassy opening in  Jerusalem, Isreal has become more popular than ever.

In 2018 Isreal received 2 million visitors in half a year period and the interest is still as great.  The government have given grants to 35 hotel projects according to Hotel Management Magazine of nearly $50 million. This has resulted in the improvement of 2,570 new guest rooms in August.

If you plan to travel to Isreal: Soak in the sun on the beach in Tel Aviv, where you can enjoy the ambience stillness of the dead sea. Wander around the accent pathways of Jerusalem sighting the devotees of three major religious faiths.

Where to stay: Located on the Mediterranean beachfront promenade the Royal Beach Tel Aviv is steps away from the city’s popular tourist attractions. 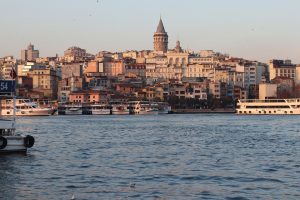 In 2019 the major tour operators and airlines have started to introduce more package holidays and airline routes to the country. Following the 2016 terror, attacks travellers are putting more faith in the safety and stability of the country. Since 2018 Intrepid Travel has sene a 215 per cent increase in bookings to Turkey.

In October 2018 Istambul opened a new international airport which has the ability to handle more passengers than Atlanta’s airport one of the busiest in the world.

If you plan to travel to Turkey: You can tour attractions such as mosques, Greco-Roman Ruins and colourful bazaars. You can also visit Turkey offseason to avoid any crowds on the Turkey Winter Discovery Tour a new 10day tour available in 2019. 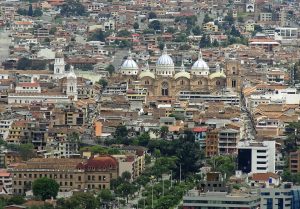 Ecuador is a tiny South American Tread hosting a tropical coastline, volcanoes and the Amazon Rain Forest. In 2018 there was a 57 per cent increase in tourist arrivals according to the UN World Tourism Statistics.  Tour companies have started to increase tour itineraries to their holiday packages to keep up with the rising tourism trend to Ecuador.

Declared in 2018, the government was working to preserve the crown jewel by fighting the plastic population. there has been a ban in place to stop the usage of plastic bags, straws and non-reusable plastic bottles. 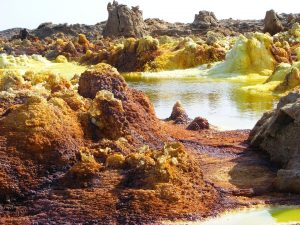 Ethiopia has built up its infrastructure over the past few years, introducing a new light rail train system and addition about flight routes.

In September 2018 Ethiopia and Eritrea signed a new peace agreement, signalling strong tourism potential. Already Tour operators have experienced a spike in booking to Ethiopia. The government announced a new cabinet there is more promise for the economy.

If you plan to travel to Ethiopia: You can explore Ethiopia’s ancient forts, churches carved from stone and markets. This is where you can bargain for goods. Prefer to get out of the city? you can explore the wildlife in Savannahs, red-rock mountains, deserts and valleys.

Where to stay: Centrally located is the Haimi Apartment Hotel. The hotel hosts a number of cosy amenities. 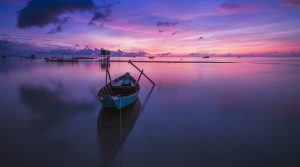 In 2018 Vietnam opened a Tourist attraction that instantly became a craze on Instagram. The Golden Bridge of Sun World Ba Na Hills. The bridge is held above hills by hands covered in moss it has drawn interest visitors from around the world.

The UN World Tourism Organisation has tracked a steady increase in the tourism flow to Vietnam over the past year. The government is increasing the flow of international tourism. This is by lowing the restrictions to travel visas and hosting the first Vietnamese Formula One Grand Prix in 2020.

If you plan to travel to Vietnam: visit the limestone island on the day of Halong from the traditional junk. Why not order a Vietnamese egg coffee in Hanoi. For less crowded areas visit Phu Yen, Mai Chau, Quy Nhon or Con Dao.

Where to stay: Located on a private island in Halong Bay stay at the Vinpearl Resort and Spa Ha Long experiencing spectacular views of the Gulf of Tonkin.

Bali is becoming more and more popular with its spectacular beaches to its adorable wildlife sanctuary. Many tour operators have started to increase the number of tours they are offering.

If you plan to travel to Vietnam: Visit the volcanic mountains or even the islands picturesque beaches and coral reefs. Love animals? you can even visit the Orangatang sanctuary where you will be able to feed the monkeys.

Where to stay: Stay at the Seminyak Resort, overlooking the spectacular Indian ocean.

Looking for your next big adventure? know someone who is thinking of travelling or looking for their next holiday? Why not share the top 10 trending destinations with them.